As young boy I can remember thinking Community was just the place you lived and the people around you. It was a hallow word for me. Who at the age of 8 truly understood what a Community can actually mean to someone? And I certainly didn’t think that online communities would become a huge part of my adult life. But then I was diagnosed with cancer. Inoperable stage 4 colorectal cancer at the age of 28. At the time, I didn’t realize I needed a Community...I just needed someone to listen. I couldn’t find others like me...young and actively dying from what was once considered an “old man’s disease.” So I did what any 28 year old would do: I picked up my phone and logged onto Facebook. When I was diagnosed in 2015, early-onset colorectal cancer was beginning to change the way we thought of the disease. Younger and younger people were being diagnosed with advanced cancer and leaving this world too soon. Perhaps it was my performance background, perhaps it was because I was angry, or maybe it was just because I wouldn’t stop talking about my diagnosis; but for some reason, people were listening to me. I realized that when I spoke, people wanted to hear what I had to say. That was the moment I knew I wanted to be an advocate. In 2015 I found an online community called COLONTOWN. This colorectal cancer support group had a couple hundred members when I joined. I was asked to become a leader within the community, so I became an admin for 5 separate groups under the COLONTOWN umbrella, I would spend a few hours a week connecting with and vetting new applicants to ensure the privacy of our current members. I would later go on to co-admin 2 much needed clinical trial groups that aimed to match patients with relevant trials. This was the brainchild of stage 4 scientist Tom Marsilje, who has since left us. Under my leadership, the online communities I ran became vibrant, unifying, and essential to patient education. By the time I left COLONTOWN in 2017, the online community grew by leaps and bounds. I had helped grow the community by thousands of members by introducing the community to the real world through media interviews, magazine articles, and online videos I was asked to do. During my time as an admin for COLONTOWN, my personal story began to evolve. After a right hemi-colectomy to remove my primary tumor, 6 months of aggressive chemo, and a NanoKnife procedure that nearly killed me...I was a mere 100 lbs at 6 ft tall. I looked as if I was dying...perhaps that’s because I was. That’s when I knew I needed to save my own life. Thanks to another online community I joined in 2015, the Colorectal Cancer Alliance’s Blue Hope Nation, I learned more than I ever thought I could. I learned that genetically, i was different than most colorectal cancer patients and Immunotherapy was a viable option. Blue Hope Nation put me in contact with my current oncologist who enrolled me into an immunotherapy trial. Today, I have been on that trial for over 4 years, well past my initial expiration date. I have had no evidence of disease for almost 3 years. This trial took me from inoperable, weak, and dying...to the man I am now. And I have my online communities to thank. In 2017 I became an employee with the Colorectal Cancer Alliance. When I accepted my role as Senior Coordinator of a Community Engagement, i was excited to start building more online communities to serves our patients. When I became a part of the admin team for Blue Hope Nation, we had nearly 8k members. As of today, Blue Hope Nation boasts nearly 11k community members, all of which are managed by a small team of 5 admins. Blue Hope Nation remains one of the largest and friendliest colorectal cancer support groups on Facebook. Last year, I helped create an online colorectal cancer community for the Alliance that was outside of Facebook. This was to be a safe place for patients to convene, support, and share their experiences with each other, and even sign up to volunteer a different events for the Alliance. This community is unique, exciting, and engaging in a way Facebook can’t be. I am proud to say that I am the sole community manager of this project. As we grew, we quickly realized how we could evolve and better serve our community’s need...so I am pleased that the next iteration of this community, our 2.0., will be launching soon. With the Alliance, I have not only helped build and manage online communities; I have been given the opportunity to travel the country and meet patients in their own communities. We brainstorm ideas on how they can create awareness and change within their own communities, I am able to hug people who use Blue Hope Nation daily for advice and support, I cry with them when the days are hard and laugh when we can’t cry any more. Building and managing online communities, creating connections, and cultivating support for our patients is a passion of mine, Thank you for allowing me to share.

When I first met Stephen he was so open and loving. Before I knew it we were a braintrust and still are. He’s always thinking of others and how to better the lives of patients, caregivers, and etc. He works so hard at his job and goes above and beyond the calling. I can go to him with any problem or concern and he gets it done.  — Sandra

Stephen is just the most compassionate and knowledgeable man I know. He's helped SO many patients and their families, works tirelessly for the Colorectal Cancer Alliance, and is willing to aid in absolutely any way possible. If I could give him all of the awards in the world, I would!  — Courtney 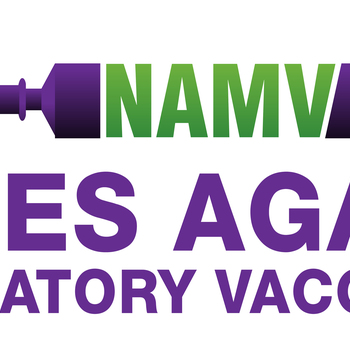 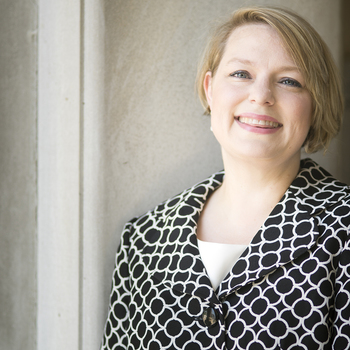 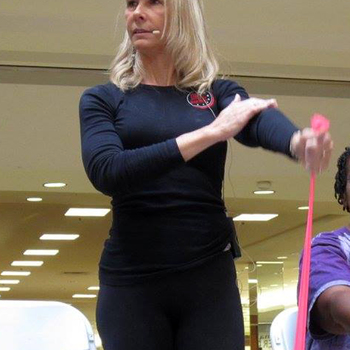